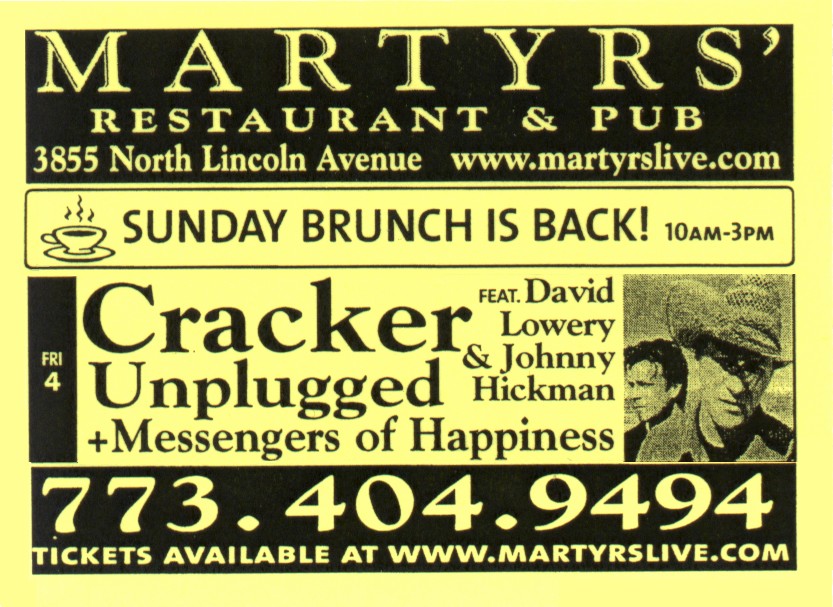 Chris LeRoy is Johnny Hickman's songwriting partner, and they have a myspace site where they post the PotW each week. Archive.org is the source for the picks, there's always something great playing on the archive!!!


"This week's selection is one of the first live performances of Something You Ain't Got, a song written by American Minor, and adapted by David Lowery. This song appears on both Greenland, and Greatest Hits Redux, Cracker's two official releases from 2006. Kinda ballsy to put an unreleased song on a greatest hits compiliation, but DL knows a good thing when he plays it!

This version was recorded in Chicago by "Noodle Man" in the fall of 2005, on the Cracker/Camper Acoustic Duo tour. The song had only been played out a couple times before, but shows the polish and promise of Cracker's classic repertoire."